The mission of the Cancer Resource Center of the Finger Lakes is to create and sustain a community of support for people living with and affected by cancer.

The Cancer Resource Center seeks to serve all people living with or affected by cancer.  Our goal is to create an inclusive, welcoming community in which the perspectives and needs of all those we serve are heard and respected.

“Power Play for Prevention” begun by Sam Paolini of the Cornell Men’s Hockey Team with the support of Tompkins Trust Company.

First edition of IBCA E-News goes out to 50 readers.

New workshop offered to the community: “I need to take a month off: Cancer and your job.”

A six-session education series is offered in collaboration with Hospicare & Palliative Care Services.

A grant from the NYS Department of Health begins a pilot program by which assistance is provided to Cayuga Medical Center patients at the hospital.

Mission expands to include gynecologic cancers and surrounding counties.

Name changed to the Cancer Resource Center of the Finger Lakes to reflect our service to everyone affected by cancer.

Cancer screening offered to the uninsured and underinsured through the Cancer Services Program.

5K Run added to the Walkathon.

First group of volunteer financial counselors trained with the assistance of a grant from the Park Foundation.

Work on the Healing Garden begins, under the direction of Volunteer Lee Ginenthal.

CRCFL wins a “To-Go” Award (Town-Gown) from Cornell University for the innovative collaboration between CRC and doctoral students at Cornell who are involved in cancer research.

Bob Riter’s book, When Your Life is Touched by Cancer, is published by Hunter House and is distributed nationally.

Back porch reconstructed to make the building wheelchair accessible.

Downstairs bathroom renovated and made wheelchair accessible thanks to a grant from the Youth and Philanthropy Program of United Way of Tompkins County.

Monthly E-News is sent to more than 8,000 recipients.

Wheelchair lift installed and back porch rebuilt thanks to Welliver Construction, HOLT Architects,  and the SERTOMA Club of Ithaca.

Garage converted into three-season meeting space thanks to the JM McDonald Foundation.

With the help of Iron Design, we update our website, logo, colors, brochures, and strengthen our branding.

First Evening of Remembrance held to honor our loved ones.

CRC wins a 2017 Preservation Award from Historic Ithaca for the creation of our healing garden and the rehabilitation of our back porch and garage.

CRC was awarded a grant for kitchen renovation which was completed in the late summer of 2017.

First Multicultural Fashion Show with Cancer survivors as models at the Kitchen Theater. It was a great success and raised over $6200.

Bob presented on CRC’s collaboration with Cornell at the American Association of Cancer Researchers.

Bob received a TOGO award and recognition from the local chapter of the American Association of Fundraising Professionals for his outstanding work as an Executive Director.

Megan Crowe stepped down from her position as executive director of CRC.

Monster & Sea – 24 Hour Paddle for Cancer” Fundraiser launched at the Ithaca Farmers Market in April, local stand-up paddle-boarders participated in this exciting fundraiser to raise money to offer a breath of fresh air to families dealing with the wrecking ball of cancer. The team raised over $4000 and all proceeds went directly to families in need.

One Funny Ithaca Story IV - Special Edition* was another success (raising over $1600!), thanks in no small part to our fearless leader Gary Stewart, who founded the event.

“A Time for You Caregiver Celebration,” was held in partnership with the Tompkins County Office for the Aging in June. The day included music, poetry, chair massages, mindfulness/yoga and other wellness topics and activities, delicious refreshments, and info tables!

3rd Annual Evening of Remembrance held in CRC’s Healing Garden at the end of September to remember loved ones lost to cancer. The evening included live music, sharing of memories, and the lighting of candles in memory of loved ones.

Retired CRC Executive Director Bob Riter was featured as the cover story in the Winter issue of Cancer Today, a publication of the American Association for Cancer Research; he also wrote a companion article titled, "The Education of a Patient Advocate."

CRC introduced a new Cornell Cancer Support Group co-sponsored by Cornell Work/Life open to faculty, staff, students, and retirees who have been diagnosed with cancer.

CRC introduced a new Women’s Support Group open to women with any type of cancer.

CRC unveiled a multicultural mural on the side of its building painted by Maryam Adib and supported by the Community Arts Partnership.

The Family and Children’s Service of Ithaca presented the Agda Osborn award to CRC.

Cancer Today featured an article titled “So you want to serve on a scientific review panel?”
co-written by CRC staff.

The Community Beautification Award was presented to CRC for the construction of a walkway and private garden behind the CRC building.

CRC celebrated its 25th anniversary with a celebration at Hotel Ithaca.

In collaboration with CRC, Satori Salon began offering free services to individuals who are facing challenges associated with cancer.

CRC announced a new initiative called “CRC Cares About Families” to address the concerns related to when and how to tell children about a cancer diagnosis.

CRC held its annual walk and run virtually due to challenges from the COVID-19 pandemic and raised over $130,000.

CRC collaborated with the Ithaca Equestrian Center to launch the Equine Therapy Project to offer therapeutic experiences to cancer survivors.

CRC launched a new website with the help of Jackie Cote from Flourish Design Studio.

CRC launched a new initiative to improve services for people of color with help from Cornell intern Aleah Thomas.

CRC announced Marliee Murphy will be stepping down from her position as Executive Director, but will stay connected to CRC in the future.

Being diagnosed with breast cancer today is an entirely different experience than it was just 30 years ago. While partly due to advances in medicine, many significant changes are the result of what is termed the Breast Cancer Advocacy Movement. Looking back, you can see the movement arriving in two waves: the first wave, coming in the 1970s, took breast cancer “public” and presented the affirming notion that “It’s OK to have breast cancer: you don’t have to hide it.” There was a focus on developing less invasive treatments and on giving the patient control over treatment decisions. The second wave, coming in the 1990s and grounded in political activism, argued that, “It’s not OK to have breast cancer: we have to stop it from happening.” Earlier detection and better treatment were not enough – the goal must be the prevention of breast cancer.

During most of the 20th Century, a woman diagnosed with breast cancer underwent a radical mastectomy. Decisions were made by physicians, and women often learned of their cancer diagnosis when waking up from surgery, absent one breast. A public discussion about breast cancer – especially your breast cancer – was unthinkable.

The first wave: It’s OK to have breast cancer: You don’t have to hide it.

The breast cancer movement began to take shape in the 1970s. Several important events both illustrate and helped

create the early movement: 1) The book, Our Bodies, Ourselves, published in 1973 by the Boston Women’s Health Collective, provided valuable information and a sense of control over one’s own health and health care. 2) First Lady Betty Ford was diagnosed with breast cancer in 1974 and spoke about it openly. Many survivors took her cue and began talking about their own experiences, and other women had their first mammograms, believing that breast cancer may, in fact, be treatable and not a death sentence. 3) Rose Kushner began advocating for two-step surgical procedures: first the biopsy, and then surgical treatment a few days later, giving women time to come to grips with their diagnosis and to have some input into treatment decisions.

The overriding sense during this first wave was that women had the right to be active participants in their treatment decisions, and that women with breast cancer could speak out as survivors rather than stay hidden as victims.

Between the waves: HIV/AIDS and the emergence of political activism

The dominant public health issue of the 1980s was the emergence of HIV/AIDS. Political activism took on a key role as gay activists and others advocated for better treatment and increased research funding. Their activism ranged from quiet lobbying to “in your face” militancy staged to capture public attention. Breast cancer activists took notice.

The second wave: It’s not OK to have breast cancer: We need to stop it from happening

An “in your face” moment occurred when the model Matuschka dramatically exposed her mastectomy scar on the cover of the New York Times Magazine in 1993. The title, “You can’t look away anymore,” aptly captured this new dynamic.

This climate of political activism is perhaps best illustrated by the dramatic increase in the funding of breast cancer through the lobbying efforts of the National Breast Cancer Coalition. These efforts led to Congress channeling more than one billion dollars for breast cancer research through the Department of Defense.

A key event during this period was the publication of Susan Love’s Breast Book in 1990. This wildly successful book was a primary source of information for an entire generation of women diagnosed with breast cancer. For the first time, individuals were truly empowered to understand their diagnosis, their treatment options, and what to expect in the future.

Accomplishments of the Movement

The changes that have taken place over the last thirty years are profound yet often taken for granted:

In some cases, the changes were a direct result of the movement. In other cases, changes would have occurred in any event, but the movement likely speeded their adoption.

Bob Riter is a breast cancer survivor and the former Executive Director
of the Cancer Resource Center of the Finger Lakes. 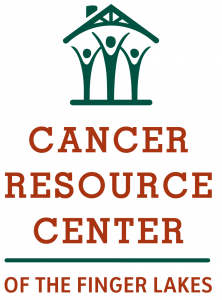 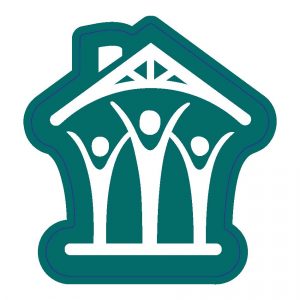 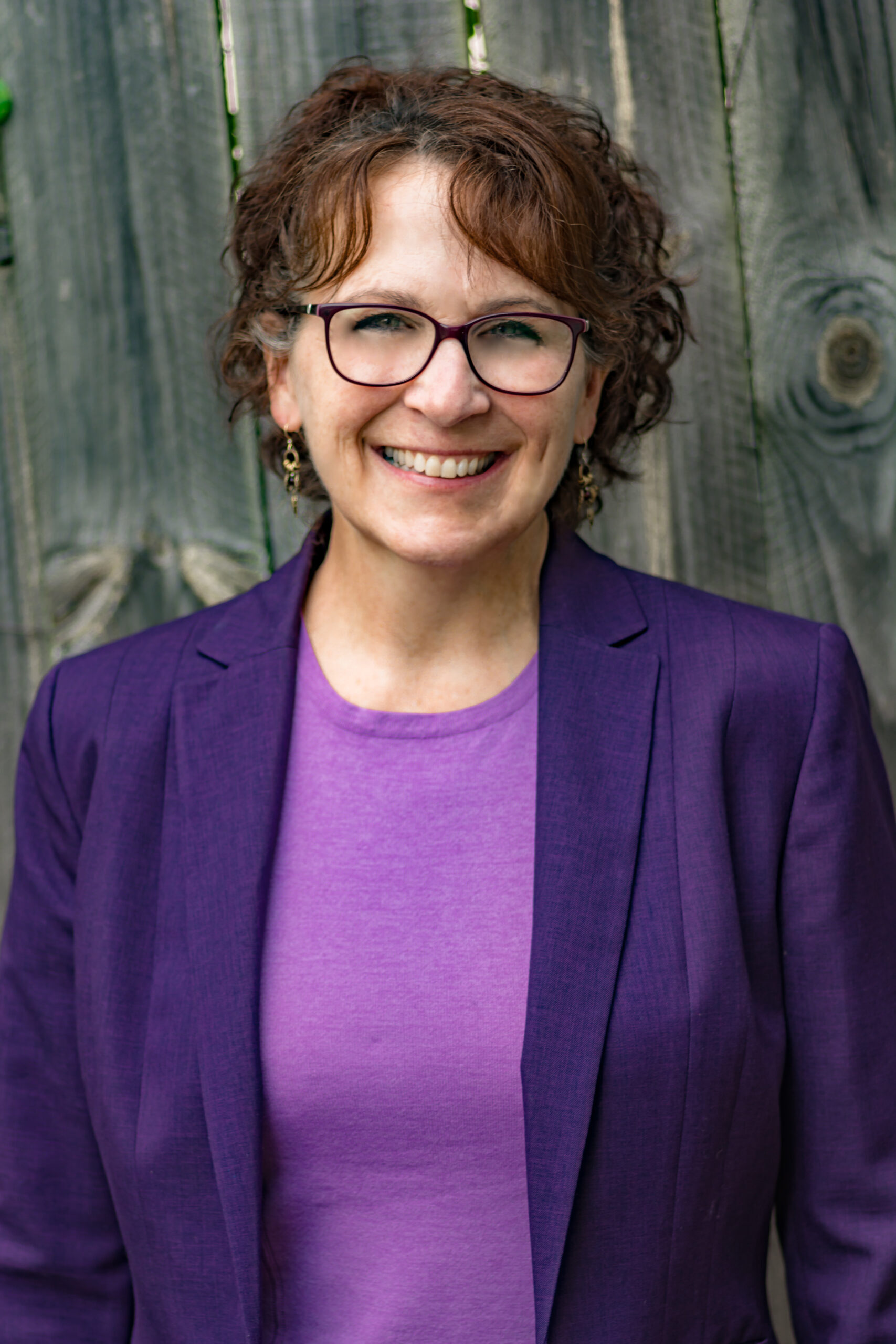 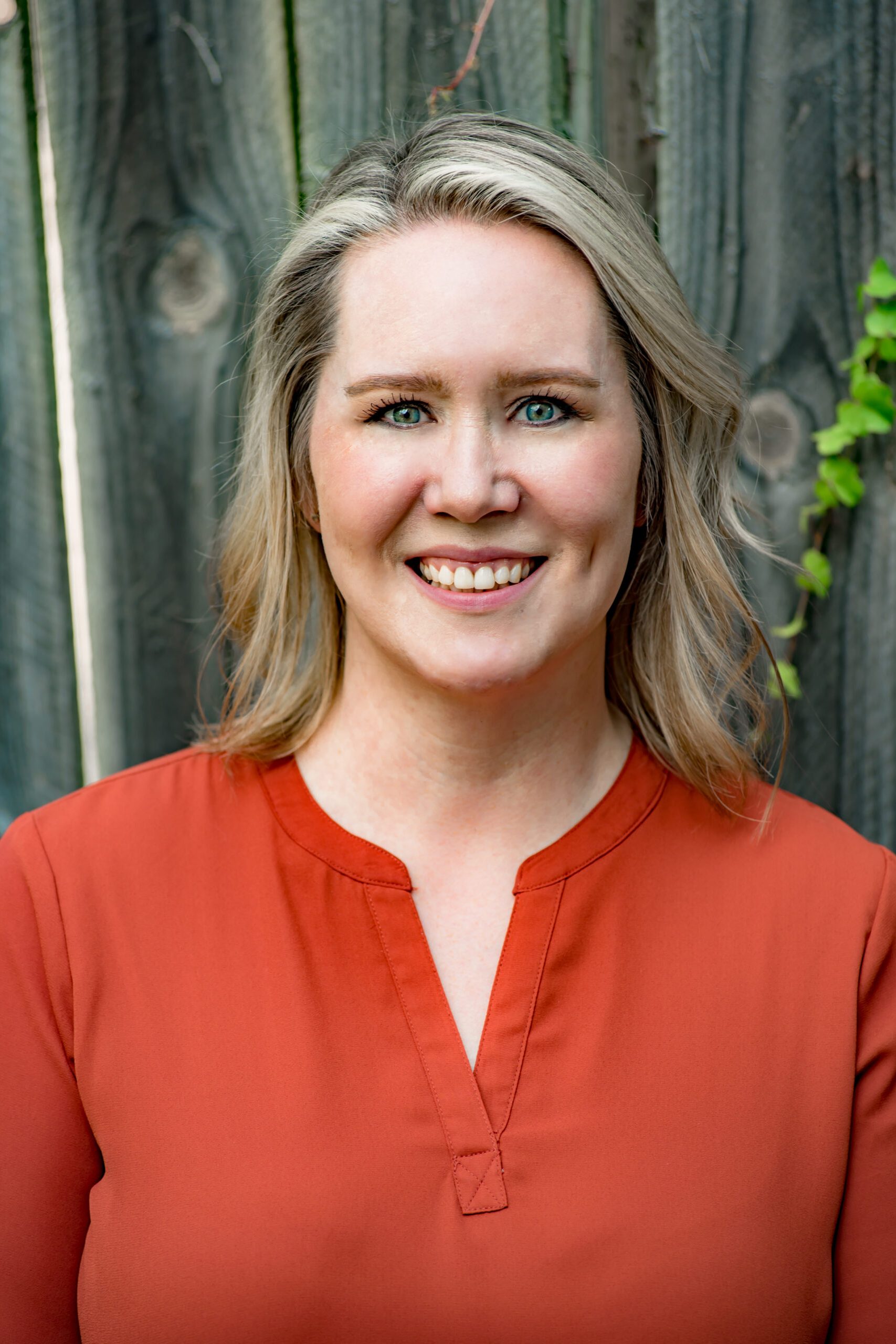 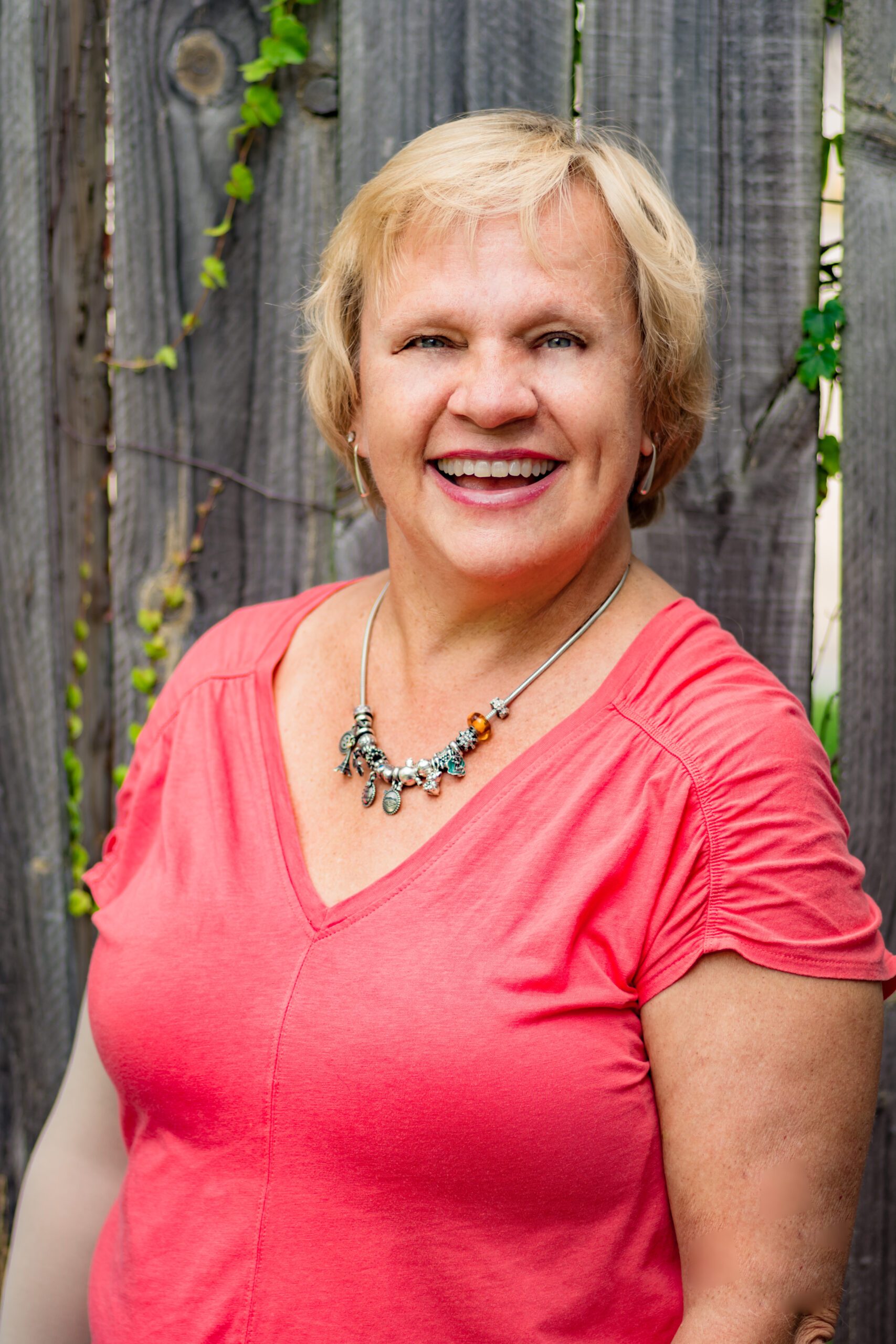 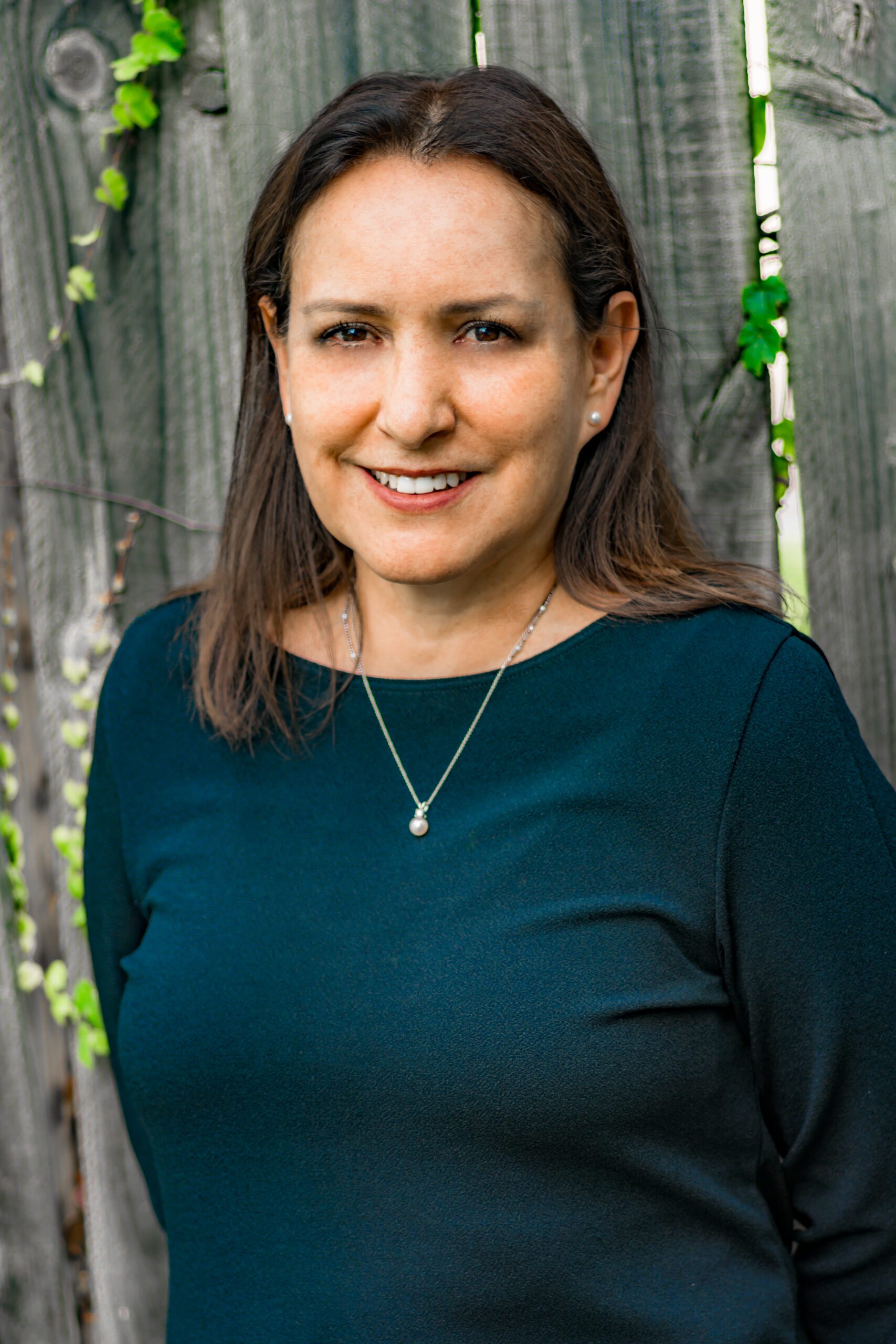 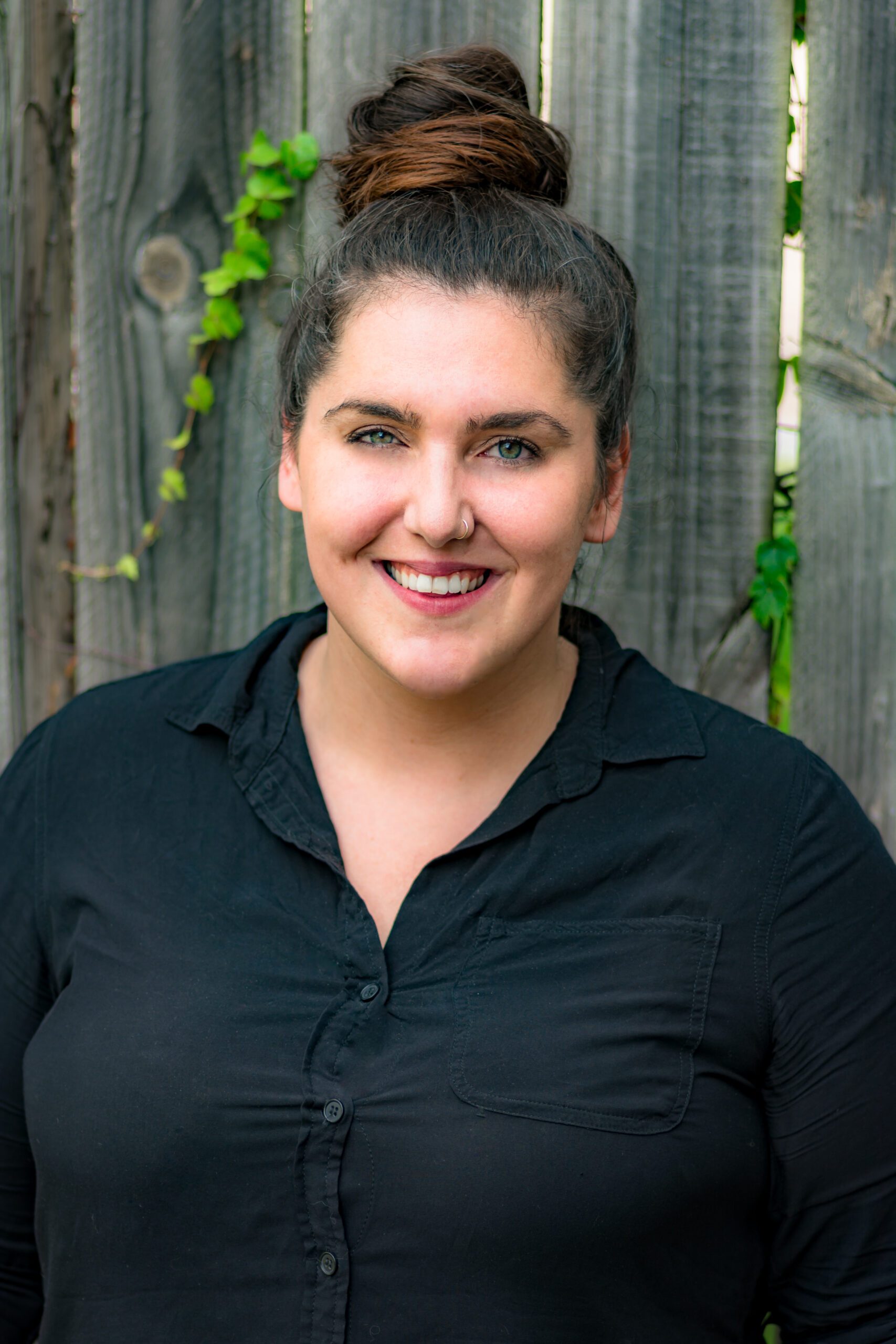 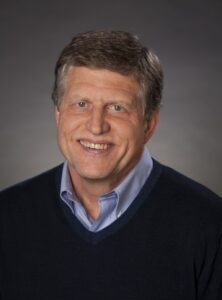 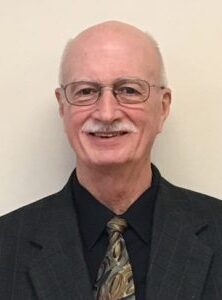 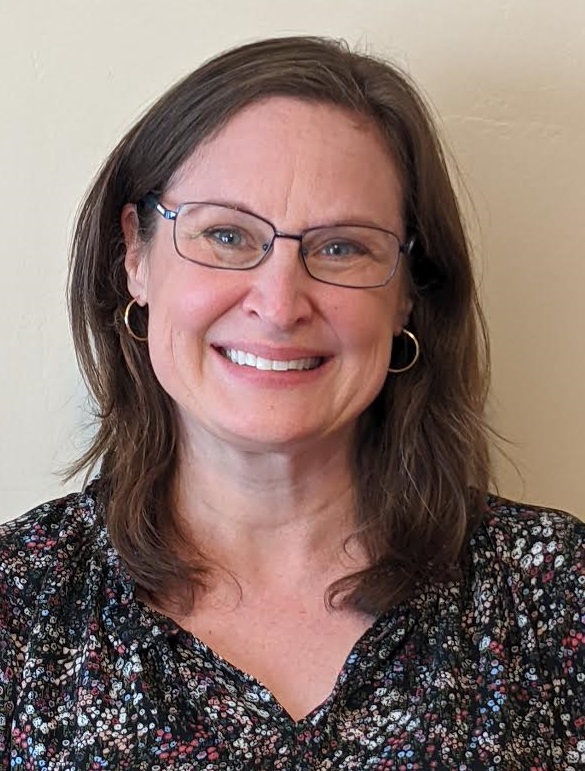 Portraits of the 4 staff members courtesy of our friend Gary L. Hodges